We wanted to create a spherical object with a distorted surface. Distortion was to be created using perlin noise and depending on height we would apply colors from the texture. By making the noise time-dependent, the surface would be constantly changing. By varying parameters and using different textures, different effects could be achieved.

Our main idea was to get an effect of a magma-surfaced planet. As a background we used space texture implemented as a skybox.

Additionally, we added shortcuts for the user to be able to manipulate the simulation.

Color palettes for your games (adobe)

END_OF_DOCUMENT_TOKEN_TO_BE_REPLACED 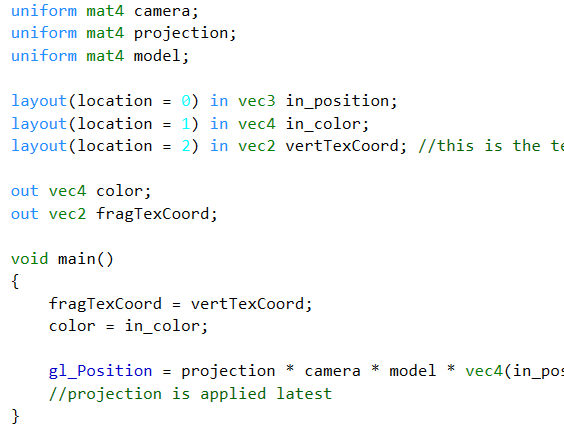 (works without changing extension of the shader files)