How Can I Implement Game Feel in My Game?

I have been to a couple of game jams as you probably know from the titles in my Portfolio. And there is almost always this part of a game jam when the game is sort of done. But it does not feel right. It feels a bit empty. You walk around, push buttons, but there is just something missing. There is no game juice.

What can you do?

Some games end up like that. Mundane. Flavorless. Sterile. Developers only barely make the deadline. Trust me. I know. I’ve been there. There is no item to polish the game. And I don’t mean just fixing bugs and prettifying the graphics. And I don’t mean iterating on the idea either. The idea is already implemented. The basic game is already there. It just lacks a bit of sprinkles. A bit of game feel. 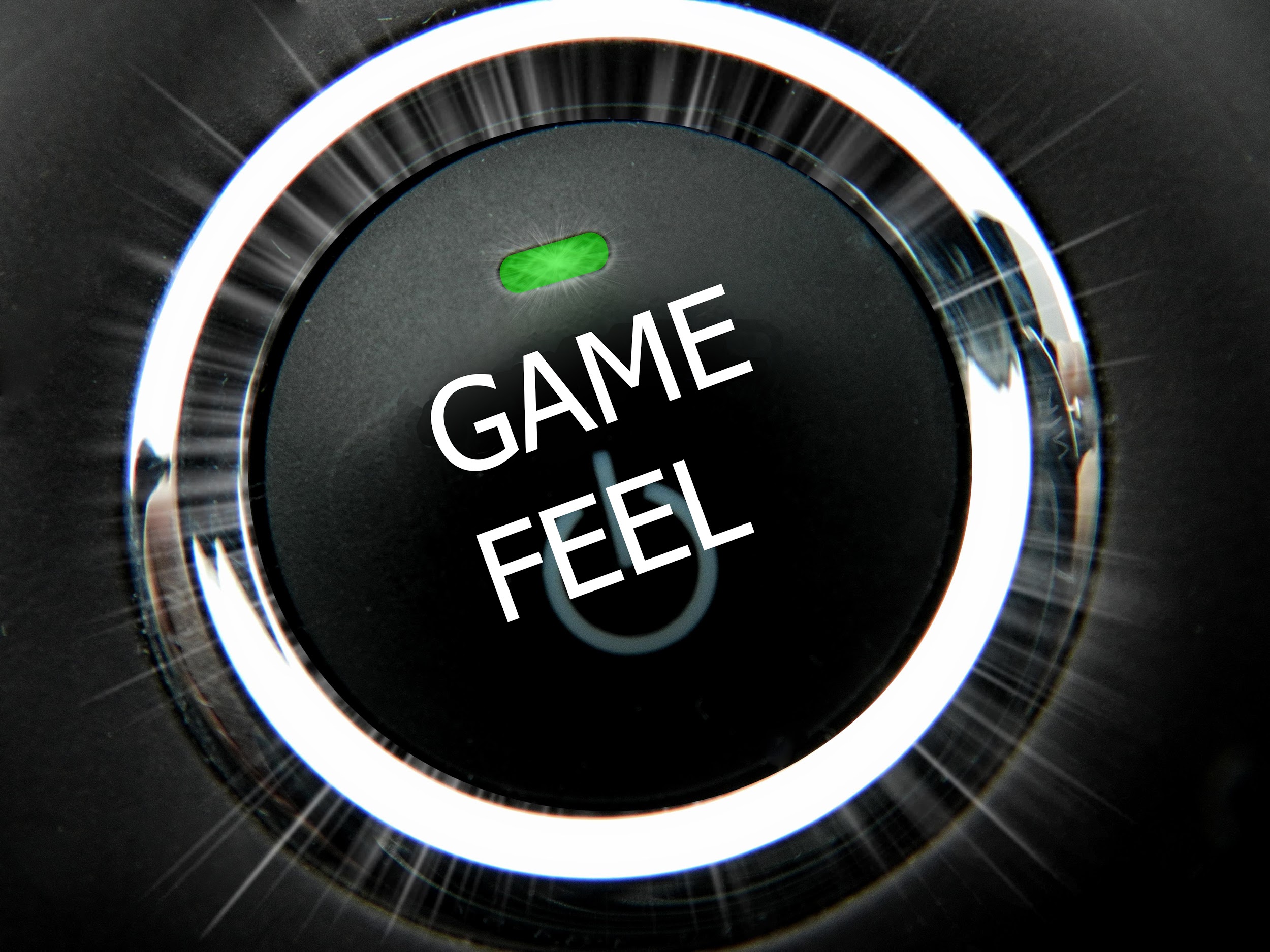 So what should you do? Is there a magic GAME FEEL button?

It’s called screenshake. You can use it as first aid kit for your game jam project.

It does not work with every game though. And it’s a bit cheap effect if you ask me. But it might help you. Fast.

Watch this amazing video called The art of screenshake from Jan (from Vlambeer, they made Nuclear Throne). It will change your (gamedev) life, I promise. You can skip the first 7 minutes.

So what did Jan do to improve his game?

At Vlambeer they spend a lot of time at polishing their games.

In his tweet https://twitter.com/keefstuart/status/982176417742913537 Keith asked “Video game creators: please could you tell me your favourite moments of good “gamefeel”?”. Here are some answers:

https://twitter.com/Wikzo/status/982282694158639104
Swimming in ink in Splatoon; jumping around in Clustertruck; dashing into the “magic fields” in Celeste; long-jumping on your hat in Super Mario Odyssey … to name a few 🙂

https://twitter.com/KommanderKlobb/status/982181159684550657
The tiny pause in Wind Waker when Link hits something with his sword. The way the sail opens in Wind Waker. The way throwing stuff feels. Almost anything in that game really.

https://twitter.com/Derek_Lieu/status/982241846335176706
-Time freeze in Mark of the Ninja
-Slight delay when slamming down in Thumper
-Sound and animation of tapping a spot in Monument Valley
-Foot stomp in Dead Space
-Melee kills in DOOM
-Dash in Vampire Smile
-Line tracing in The Witness
-Dead Cells’ running, jumping and moving

I took advantage of an amazing feature called hashtags to search for gamefeel related posts on Twitter to bring you a couple of examples:

https://www.youtube.com/watch?v=IQqgJMbZTbk
Almost everything you do in Violet Cycle.

https://www.youtube.com/watch?v=dDrBYbSJX8Q
Near miss effect in Race the Sun

https://www.youtube.com/watch?v=Ig0qMregIfA
Muffled audio in INSIDE

What are your favorite game feel moments?

How to study / implement game feel yourself?

http://makertech.dk/3-games-in-6-months-part-4-improving-game-feel-in-bionic-carrots/
“giving better feedback to the player after each interaction, and also making the world feel more alive.”

And how do you implement game feel in your games?

Analysis: What are the Job Requirements for a Game Producer?