Last week I have been watching something cool on Twitch…

For the first time ever, the world’s top indie developers have come together to share with you their knowledge and even some of their secrets! No matter where you live, or if you don’t have money to attend GDC… All of these talks will be presented, free of charge, on the 1st Global Conference on Professional Indie Game Development.

It was an online conference for Indie devs. Here are my thoughts…

Great! It was great!

I knew a couple of speakers before the event, but some people were completely new to me. Interestingly, I was just lucky to browse my Twitter feed at the right time. Someone retweeted post about this conference and I just noticed it by pure chance. Lucky me .)

There were over 15 speakers sharing their knowledge about various things related to gamedev – design, business side, marketing… you name it. You might heard of Edmund McMillen (Super Meat Boy), Cliff Harris (Democracy), Mike Bithell (Thomas Was Alone) or Tim Ruswick (Game Dev Underground). Event was organized by Gabriel Dal Santo, cool guy from Brazil and hosted on Twitch by energetic girl under the nickname Starlight Skyes.

Conference ran for a week, there were usually 3 talks each day. And conveniently there were two broadcasts, so everyone around the globe in different time zones had a chance to watch the stream at suitable hour. According to email from Gabriel 3827 people registered at proindiedev.com and watched talks.

Even though talks were pre-recorded, some speakers joined the chat on Twitch, so it was an interactive experience. For me, it was mostly about the chat and meeting online fellow indie developers. And there were a lot of them! After the conference was over I went over all the contacts and made a Twitter list.

Many of these developers/speakers are also creating games, for example:

http://lil-arena.com/
PvP with “Combat boiled down to its essence”

http://philophobiagame.com/
The Fear of Love

and many many more.
(If you are from PID and want me to add your game, just contact me with link and I will add you .)

Two of the speakers have their blogs – Grey Alien Games (Jake Birkett) and Cliffski (Cliff Harris). Some of them have cool Youtube channels (Tim Ruswick). And if you are from USA (or time zone nearby) you might wanna check out Star’s Twitch.

And what about important takeaways? What did we learn?

Well, for one it felt really good to be part of this community. Belonging. Fellowship. And it was motivating to see and hear others being so excited about their projects.
Now I want to make my own games! With blackjack! And hookers! And cowboys!

Anyway, here are a couple of lessons I took from PID:

Don’t wait until you are ready. Time is now. You can keep learning as you go.

Finish your project. Publish it (at least for free on itch.io).

Make your game thumbnail/icon unique. Readable. And to make it communicate your game’s theme/genre/core gameplay. Make it standout.
Mockup you thumbnail in the store like this:

Can you guess which game is mine? 😀

When working in a team it’s important to engage its members. There needs to be a creative vision (like a Creative Director role).
Learn about your teammates. Take interest in their hobbies, favorite movies and games. For example, Game Designers are usually “Ravenclaw” nerds with common interests. 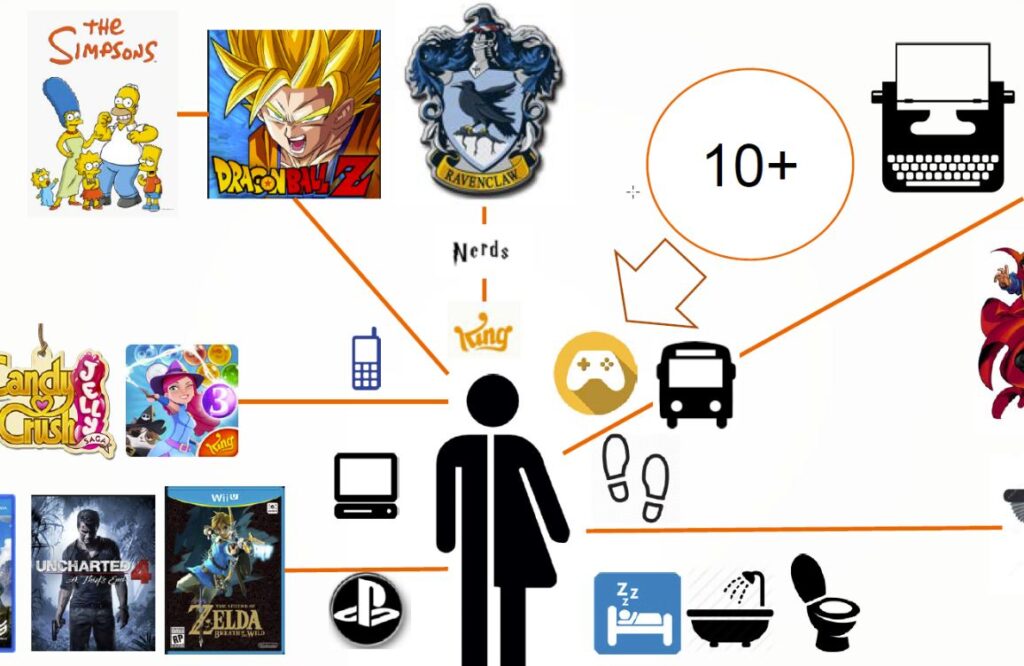 It needs to be fun/intriguing before you start polishing. No amount of polish can make boring game good. Focus on the core first.

Make small scope games. Don’t try to compete with AAA. Evade feature creep by writing down all those cool ideas into a separate note. Make sure all the game features fit the rest of the game. Mixing several great ideas together does not make a good game. They need to work together.

Make games you want to make. Makes games for which there is a market. Make games!

Interested in PID conference? You can get the conference videos here.